Protect Women and Girls from Attack

While male and female students and educators suffer acts of violence within their schools and universities, the experiences and the consequences of attacks on education for women and girls are often different from males. GCPEA has conducted research on the specific impact on women and girls and provides guidance on how to better protect them from attacks on education.

In Taizz, Yemen, girls study in a classroom that had been turned into a pile of rubble as a result of air strikes in the area. @ 2019 UNICEF/Abdulaziz Al-Sabri

Even when females are not directly targeted for attack because of their gender, girls and women are usually the first to drop out of school and the last to return. Parents are particularly wary of sending their daughters to schools occupied by militaries, where they fear a heightened risk of sexual violence. Moreover, when girls are out of school even for a short time their likelihood of returning to school diminishes considerably. Families often prioritize boys’ education when resources are limited, as they are in conflict situations, and the risk of early marriage further diminishes the likelihood of returning to school.

The types of attacks that girls experience, including rape, makes it particularly difficult for them to continue their education due to pregnancy and the stigma of sexual violence, as well as the health consequences.  Attacks on girls’ and their education can dramatically affect their future prospects, as well as the social and economic development of their communities and societies.

In 2018, GCPEA began a multi-year project to examine how women and girls are impacted by attacks on education and what can be done to better protect them.

In October, 2018, GCPEA released the report “I Will Never Go Back to School’: Impact of Attacks on Education for Nigerian Women and Girls” based on interviews with 119 victims and eyewitnesses of attacks on schools and education. GCPEA found that hundreds of women and girls were abducted from schools and then forced to become the “wives” or sex slaves of soldiers, or raped when they refused to marry the soldiers or convert to Islam.

In May 2019, GCPEA published the report “All That I Have Lost”: Impact of Attacks on Education for Women and Girls in Kasai Central Province Democratic Republic of Congo”, based on 55 interviews with victims and witnesses of hundreds of attacks on schools that occurred in the Kasai region during the 2016-17 conflict. The report describes how militiamen raped female students during attacks on schools or while students were fleeing an attack.

Building on this research in Nigeria and he Democratic Republic of Congo, GCPEA released a report “It Is Very Painful To Talk About”: The Impact of Attacks on Education on Women and Girls”, in November 2019.The report reveals the numerous types of abuses committed against female students and teachers globally, including rape, forced marriage, and sexual slavery, and the long-term consequences they may face as a result of such attacks. 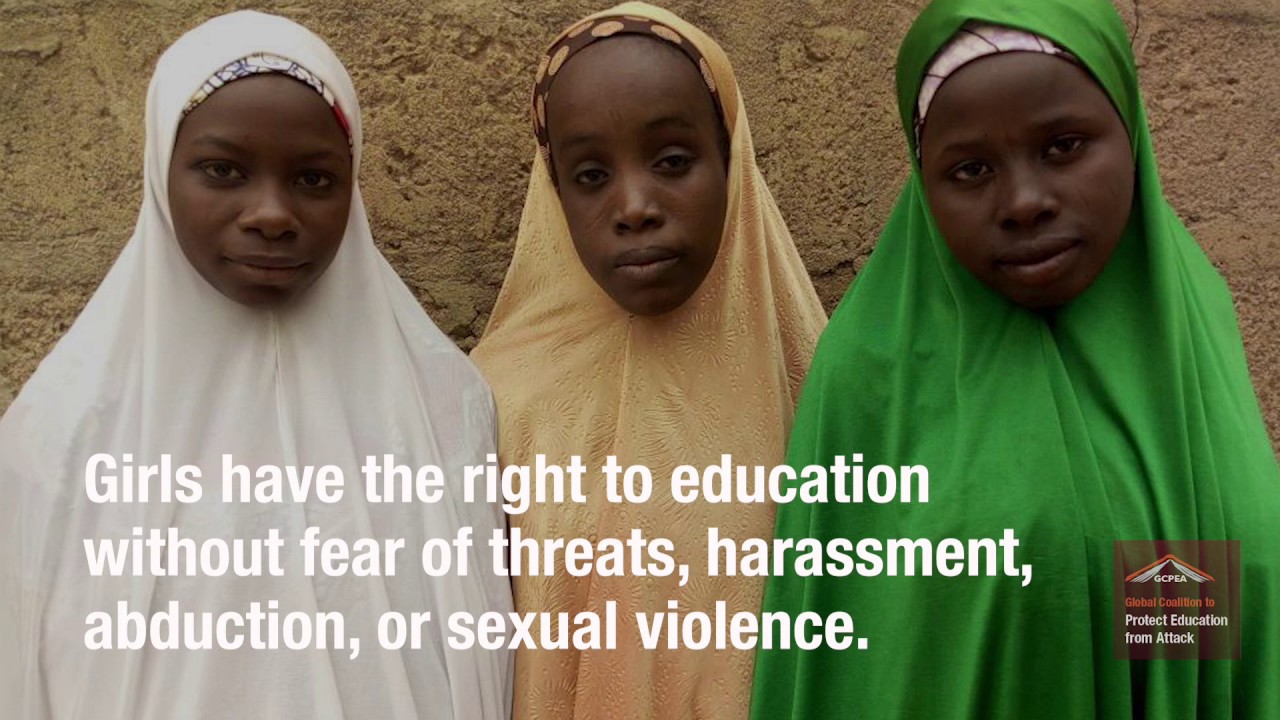 Watch the video to learn about violence against female students and teachers in Northeastern Nigeria. 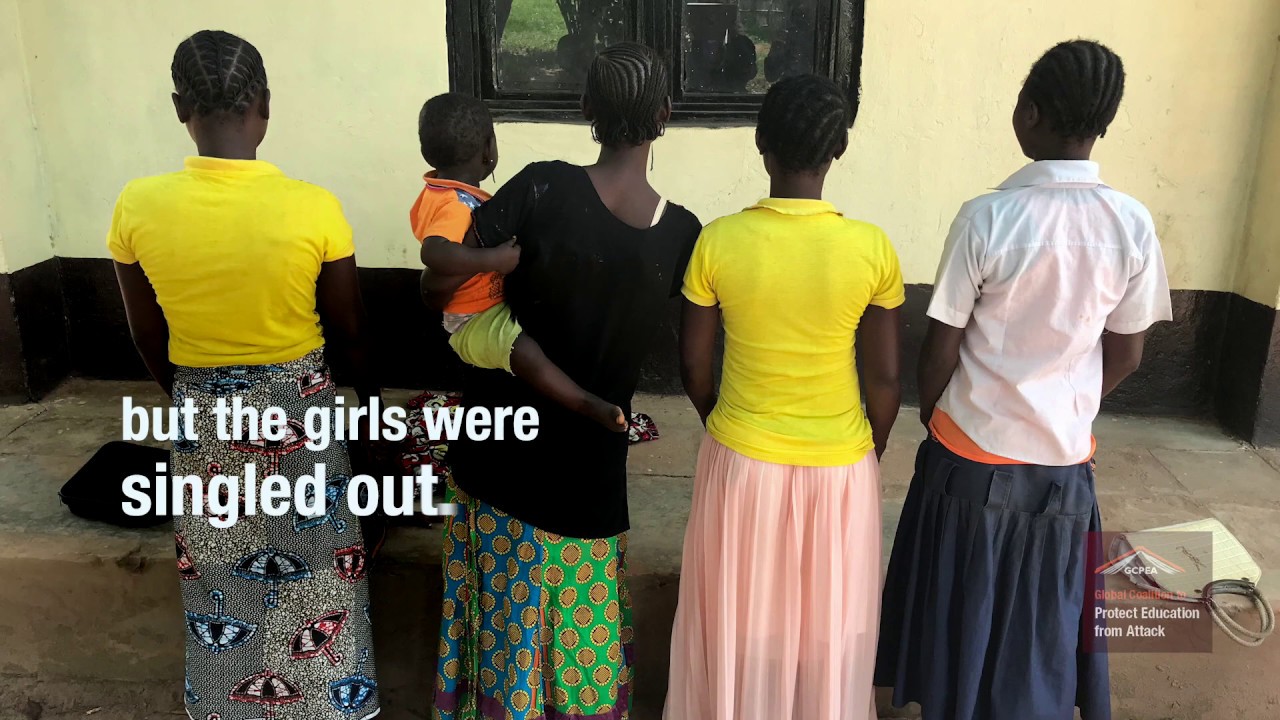 Watch the video to see how the attacks affected girls living in the Kasai region.

To better ensure safe education for women and girls, governments should endorse and implement the Safe Schools Declaration. The Declaration is an intergovernmental political commitment to protect education – including girls’ education – in armed conflict and avoid use of schools for military purposes.

GCPEA developed guidance on how to implement the Safe Schools Declaration in a gender-responsive way to account for the specific needs and experiences of women and girls.

Below is a non-exhaustive list of recommended actions to better protect women and girls from attacks on education and military use of educational institutions.

Endorse and take measures to implement the Safe Schools Declaration, including in a gender-responsive manner;

Ensure the full implementation of the Guidelines for Protecting Schools and Universities from Military Use during Armed Conflict as a minimum standard and train national defense and security forces on the prohibition of sexual violence and on ending the use of educational institutions for military purposes;

Strengthen monitoring and reporting of attacks on education and of military use of educational facilities at the national level, including by disaggregating data by gender, and indicating when sexual violence by parties to the conflict occur at, or on the way to and from, educational institutions;

Investigate and prosecute alleged perpetrators of attacks on education, including sexual violence committed against students and teachers;

Develop safety and security plans to prevent and respond to attacks on education that take into account the specific needs of women and girls;

Develop the capacity of education personnel to refer survivors of sexual and gender-based violence to medical and psychosocial services.

What can be done to better protect women and girls from attacks on education and military use of educational institutions?

“It Is Very Painful To Talk About”: The Impact of Attacks on Education on Women and Girls

“All That I Have Lost”: Impact of Attacks on Education for Women and Girls in Kasai Central Province, Democratic Republic of Congo

“I Will Never Go Back to School”: The Impact of Attacks on Education for Nigerian Women and Girls